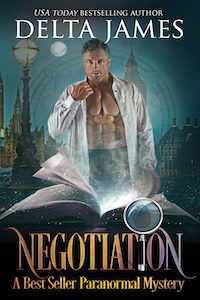 He’s a respected DSI with Scotland Yard; she’s a dishonored history professor running from a scandal.

Five years ago, Rachel Moriarty was caught up in gossip that resulted in her losing her job as a tenured professor. She’s in London, focusing on building her exclusive tour business as well as her life.

Michael Holmes enjoys great success and a certain amount of celebrity acclaim due to his name, his reputation and is uncanny ability to solve the unsolvable. He is intrigued by the woman who bears the last name of his greatest literary rival.

The veil between the worlds is weakening, something is trying to come through to perpetuate its malevolence on a new generation. If only it can find a way to use her innocence to re-enter this world.

Can Holmes and Moriarty work together to finally put an end to the evil that was Jack the Ripper? 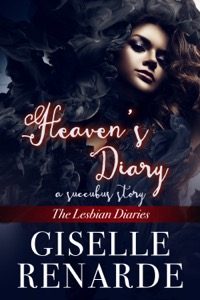 What will Heaven do when her dream house turns into a nightmare?

As a young trans woman working in a soup kitchen, Heaven never imagined she’d be able to buy her own home. With the help of her girlfriend and best friend, she’s finally able to achieve this goal. But from the moment Heaven, Terra and Elle move in, strange things happen in the house.

Why is Heaven the only one seeing ghosts and sensing a sexual presence in her bed? Terra and Elle tell her she’s hallucinating, but is that really true? Is Heaven imagining the haunting or is a succubus stealing her soul? 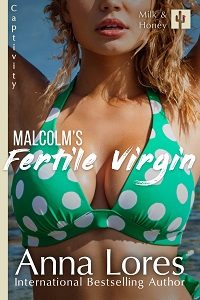 She’s got a plan for the future that doesn’t include boys, marriage or love. He’s ready for a wife, babies, and a forever love. With differing desires for the future, their only choices are to fight for control or compromise for a chance at love…
Peace–that’s all Archer ever wanted. And she found that peace and comfort far from home at the church where she attended college. But with membership came a surprise, arranged marriage. She didn’t want to deal with men or sex or marriage, but she’d agreed to their rules, and she never went back on her word…
For years, Malcolm had prayed for his perfect match. When the call from an elder of the church finally came, he agreed to marry her that evening. He hadn’t expected his perfect match to be a poor college student from an underprivileged community or a virgin…
ALWAYS CHECK THE PRICE BEFORE YOU PURCHASE 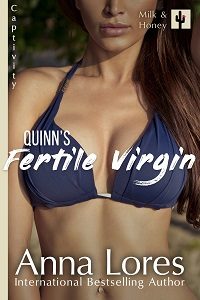 She needs a way out from under her parent’s abuse. He wants her to be his. Will an arranged marriage give them both what they desire most?
Marriage wasn’t in Kassandra’s plans. Not at all. Not ever. But when her parents declined all her college scholarships and took away her money, her options vanished into thin air…until he requested her hand in marriage…
From the moment Quinn saw her, he fell instantly in love. He asked for the church to grant him permission to marry her and with their approval and her acceptance, he thought he had everything. On the day of their arranged wedding ceremony, he hadn’t expected a bruised and battered bride who wanted nothing to do with him…
Will his love and honesty transcend her trauma and give them a happily ever after?
ALWAYS CHECK THE PRICE BEFORE YOU PURCHASE 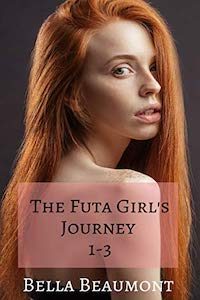 Rose McKinsey wants nothing more than to be a regular 18-year-old girl, but she’s hiding a massive secret from her foster family and from the world. She thinks it makes her a freak of nature, but there are people out there who love her for it, and are dying to try it out for themselves.

Those people better watch out, though, because once little Rose gets her confidence up, they’re all in for a banging good time!