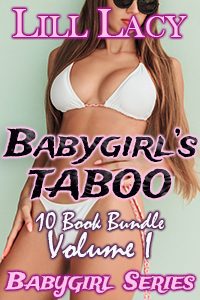 Enjoy a collection of 10 taboo short stories. Quick and dirty, packed with just enough emotion to make every nasty thrust mean something different, read about all the little princesses and brats that get their love or punishment from the perverted, older men of the house in their lives!

This bundle includes these 10 titles:

I Shouldn’t Look at That!
I’m Your Nude Bedtime Buddy!
Getting Bumped in the Bathroom
How’s It Going to Fit in There?
Taking Me on My Wedding Day
Nursing His Blue Pill Addiction
Turned On at the Drive-In
Trapped on the Carousel
Disciplining His Goth Princess
My Taboo Summer Fling

Sleeping with the Band ~ Dee Dawning 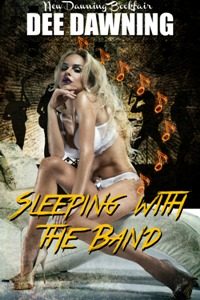 After playing the set of their life, at the Monterey Pop Festival, the five members of the Maidenhead become mesmerized by Carol, a mysterious beauty who shows up at their motor home asking to use the restroom. As the night moves on they toke a little grass, shed a few clothes and get to know each other. It’s The Summer of Love and they want her for sure and it’s looking more and more like she wants them. Will she? Dare she? 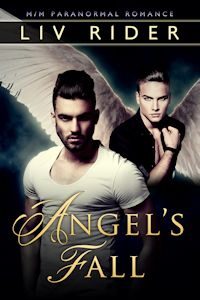 ORIGINAL PRICE $2.99
Half-angel Dashiell Lam has a lot of reasons to distrust angels after they exiled him four years ago. When angel Cael Moriah comes looking for him, Dashiell’s certain he’s no different—even if Cael’s the most gorgeous angel Dashiell’s ever seen. Dashiell’s instinct is to send him packing, but he can’t deny the effect Cael has on him. Then Cael makes him an offer he can’t refuse: help him, and the angels will restore his wings.

Cael’s done everything the angelic order has ever asked of him, but working with a jaded fallen angel? Not part of the plan. But he has a mission to complete, and Dashiell’s the only one who can help him. It doesn’t matter that Dashiell inspires a very un-angelic desire in him. The last thing he needs is to get involved with someone who thinks angels are the enemy. 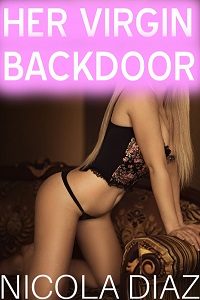 This naughty three story collection is packed with stories of first-time back door cherry popping, an older dominant man exploring a younger submissive woman’s body, outdoor exploration and more.
ALWAYS CHECK THE PRICE BEFORE YOU PURCHASE 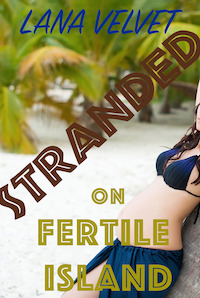 Alistair, a bored, disillusioned billionaire, is sailing to Tahiti when he gets blown off course and ends on shipwrecked on a tropical island. At first he thinks he is alone on the island, but it turns out to be inhabited by a tribe of beautiful young women. Kalina, their princess, tells Alistair of the island’s curse: no man can live there for very long. She believes he was sent to them to be their King, spread his seed, and perpetuate the tribe, a belief which she soon demonstrates in a very personal manner. Will Alistair be rescued from Fertile Island, or will he succumb to the beauty and innocence of his new subjects?
ALWAYS CHECK THE PRICE BEFORE YOU PURCHASE