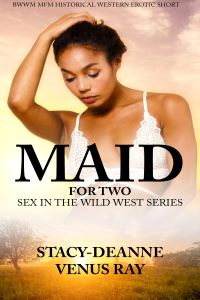 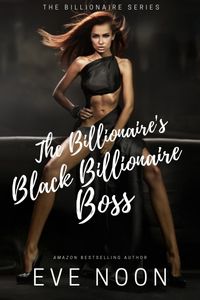 Victoria Pierce is the billionaire founder and CEO of an international multimedia empire. She is known as a no-nonsense, tough as nails boss, who demands nothing less than the very best from her employees and accepts nothing less than perfection from herself. So, when her former mentor asks her to take his son on as her assistant to prepare him for his future role at the helm of his family’s billion-dollar advertising and marketing company, Victoria is less than thrilled. Adler St. James III represents everything she has been battling since she started her company—rich, entitled, mediocre men. She hires Adler, with the full intention that she’s going to work the silver spoon, billionaire heir harder than he’s ever been worked in his entire life. There’s just one problem—Adler is not what she expected, and he has his own ideas about working her over in return…
ALWAYS CHECK THE PRICE BEFORE YOU PURCHASE

Hot For My Boss ~ Eve Noon 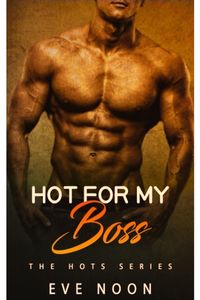 Rowena Charles is a big, beautiful, woman battling her insecurities over her body and weight. All she wants is to find a man who when he looks at her, he doesn’t just see her size, but that she is a vibrant, intelligent, passionate woman. She despairs of ever finding such a man, until one night she accidentally enters the hotel suite of a mysterious stranger, who has insecurities of his own.

Gorgeous, wealthy, successful—on the surface, Abe Tanaka appears to have it all. But Abe knows the truth. He’s alone, and he’s been that way for a very long time. People say size doesn’t matter, but Abe knows from experience that it does when you have too much of it. Abe has only known two types of women—those who treat him like a freak of nature or those who treat him as an object of lust, and nothing more—