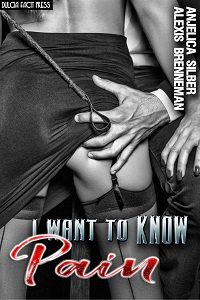 I wasn’t what you’d call a nice girl. I mean, I was courteous and polite and all, but I also had a pretty dirty mind. Where I’m from, people were supposed to be chaste and pure. Well, I was the opposite.

My boyfriend at the time was a lovely guy, but he was far too innocent for me. I started looking for men who would satisfy my needs. Working at a hotel, I had lots of guests to choose from, and boy did I take that opportunity! 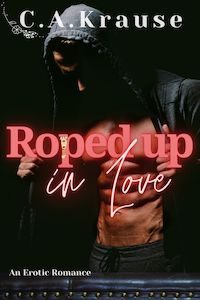 Master Jeffrey, a dom and sadist, is on the search for a willing sub to help him spice up his life. He doesn’t expect to get more than he bargained for, when suddenly there are two women in his life.
New to exploring her masochistic urges, Melissa should be fully content when she finally meets a sadist prepared to offer her the kind of pain she craves. So why is Master Jeffrey not the only one driving her wild with need?
When another woman enters the picture, there are more desires that need to be met, and Lesley isn’t a woman who is easily ignored. Except, she might also be the one who brings them all together.
Roped Up In Love can be read as a stand-alone or as part of the Club B series.
ALWAYS CHECK THE PRICE BEFORE YOU PURCHASE 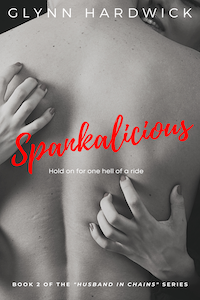 ORIGINAL PRICE $2.99
Dragan Bojanic has deep, dark desires – to be a sex slave, have his buttocks whipped, and to be penetrated. Having confessed this to his wife, Dragan and Katrina Bojanic are about to take things to a whole new level. Can their marriage survive if Dragan’s fantasies are fulfilled publicly and for profit? Can Katrina watch other women use her man as a sex toy? And can Dragan stay the same loving husband when his backside is a product to be sold and bought by dozens of horny, angry women? It’s a slippery slope for sure. Hold on for one hell of a ride.
ALWAYS CHECK THE PRICE BEFORE YOU PURCHASE

Caught In The Act ~ Glynn Hardwick 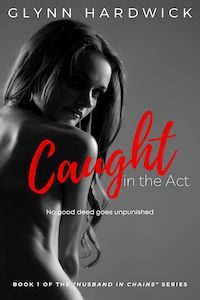 ORIGINAL PRICE $2.99
Dragan Bojanic is a paleontologist who is running out of grant money. His wife, Katrina, is a beautiful woman with whom Dragan is madly in love. When she learns of their impending money problems, she has an idea, to begin an interactive on-line sex site. Once she begins, she is surprised at the positive reaction she gets from men eager to play.
Dragan has one expedition left before he is out of funds. When he comes home early one day, and discovers his wife exposed to the hungry eyes of a horny patron, he questions everything he believes about his wife and their marriage.
A three-week expedition is a long time to think. Is the marriage between Dragan and Katrina strong enough to withstand a jealous man’s feelings of betrayal and a woman’s pain of being accused of infidelity?
ALWAYS CHECK THE PRICE BEFORE YOU PURCHASE 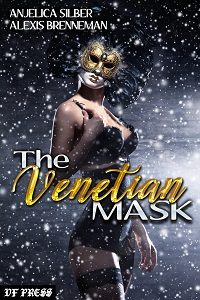 Yet, somehow, his company didn’t seem enough. And then I met a guy called Michele at the hotel bar. Michele was a writer specialising in smut. When I started reading one of his books, I became extremely aroused. Fascinated with his mind, it wasn’t long until I cheated on my husband with him – knowing, my punishment would be severe…