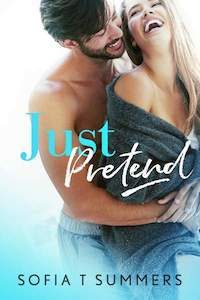 Pretend to be my fiancée to make my ex-wife jealous?
He couldn’t possibly be serious.Except that he was…

And I was pretty damn serious when I went along with his mad plan.
One word: Switzerland.
That’s where I’d go to play the role of his fiancée.
Doesn’t sound so bad, does it?
Walker is my irresistible single dad next door.
I’ve drooled over him.
I’ve wanted him.
And I’ve crossed the line with him.
All while he made me feel special with all my curves.
While he hired me as his au pair.

We had a good thing going until we began destroying it.
A fake engagement combined with real feelings is a cocktail that’s lethal.
Now imagine that cocktail with a drizzle of pregnancy and whole lot of craziness…
I doubt either of us will come out of this thing sober! 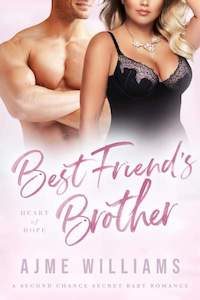 I thought that would be the only secret I’d have to carry.
But boy, was I wrong.

The fact that Adam adored my curves for one night was nothing in comparison to what that night actually led to.
Adam is a billionaire.
A man who knows what he wants, and who he wants.
That hasn’t changed all these years later.
He still looks at me the same way he did back then.
Only now, my eyes are hiding something.
Adam is a dad.
He’s got no idea.
And I’ve got no idea how to break this news to him.
Especially now that he’s my boss.

But I know that once this secret comes out, it’ll be the beginning of an end.
An end of a friendship.

Giving In to Love ~ Ajme Williams 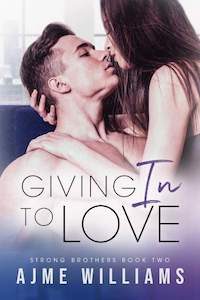 A friend with benefits?
No.

Except that yes, I agreed to that arrangement and I totally have my dying brain cells to blame for it.

Hunter and I don’t agree on anything.
Anything.
Except for the way his hands feel around my waist.
Him and I both know that he’s got more than lust for me in his heart.
If he even has a heart.
I don’t know if he does.
But I do know that he has secrets.
Secrets and scandals that a person like me wouldn’t know how to deal with.
It’s all well and good until the skeletons are still hidden in his closet.
But what happens when they come out and the entire office finds them? 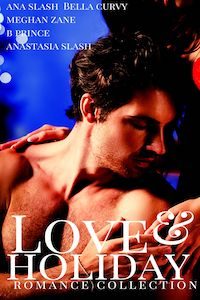 Huge Steamy Holiday romance collection with hot Alphas who love and protect their angels!
Snuggle up and enjoy this boxset by amazing prolific authors
HEA guaranteed, no cheating and a hot steamy love scenes.
ALWAYS CHECK THE PRICE BEFORE YOU PURCHASE

Admit You Love Me ~ Ajme Williams 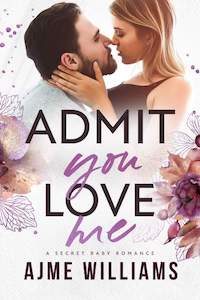 When a rich aristocrat wins you in a card game for one night, there’s one thing you do not do….

You don’t get pregnant.

When I ended up in this billionaire’s suite all those years ago, I knew that my life couldn’t get any worse.

It was my husband’s stupidity that put me there. The man literally bet me in a game and lost.

He slowly squandered all of our money and left me with absolutely nothing.

But the encounter that was supposed to destroy my soul… changed my life.
My one-night billionaire made me feel beautiful with all my curves.
And he gave me a child.
A secret baby that he knows nothing about.
Now years later, I keep running into him.
Fate is playing this sick game with me.
It’s making it hard to keep our child from him.