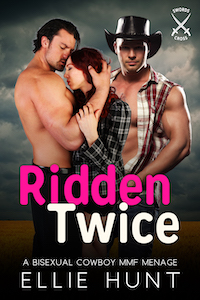 ORIGINAL PRICE $2.99
Nineteen-year-old college girl Madison spent her summer working at the Lazy A ranch in eastern Colorado, but now it’s time for her to go back to school for another year. On her last night, she’s saying goodbye to everything she’s going to miss about the place – her horse, Topher, her breathtaking view of the rockies.

But when she finds herself sitting between the two of them after everyone else leaves, they have a very specific goodbye for her – they’re going to take her at the same time! 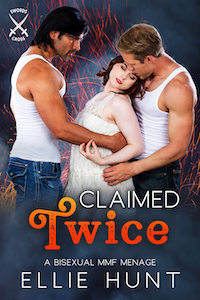 ORIGINAL PRICE $2.99
“We oughtn’t do this,” he said as he ran one big hand over the other man’s chest.

Everyone at Dunvaig Castle knows that Angus, the blacksmith, and Thomas, the Master of Horse, are lovers, even if they’ve never so much as seen them touch.

Lorna, the Lord’s daughter, knows that too, which is why she’s permitted to be alone with Angus in his smithy. That’s where she goes when she finds out she’s to be married off to a lord she’s never even met – Angus has always been kind and comforting to her, ever since she was a girl.

But then, when she bursts into tears in front of him and Thomas, they begin to comfort her in a different way.

She knows that she shouldn’t take two lovers at once, especially her first time, but Lorna might not be able to resist these two big, burly, bisexual men. 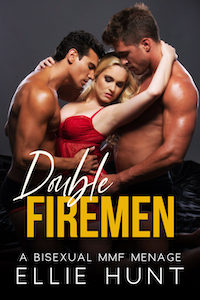 My tiny town is threatened by a wildfire – and when the fire is out, the firemen are still in town for a few days.

They’re irresistibly sexy, rugged men who are used to getting what they want… and what these two want is to share me!

How can I say no? Hunter and Rodrigo are dominant, demanding, pure sin – and they’re going to make sure that together, they take me in every hole! 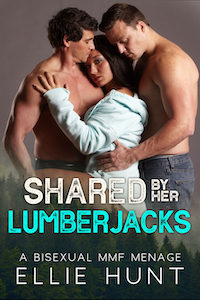