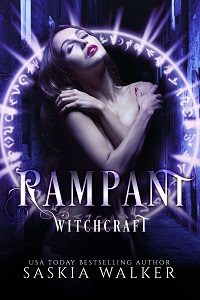 Zoe Daniels doesn’t believe in the occult, and then she discovers the local coven plan to use her as the host for the reincarnation of a long dead witch, a woman legendary for her sexual prowess. They have got to be kidding, right? Maybe not, because when her sexy neighbor, Grayson Murdoch, tells her he wants to act as her guardian in the face of forbidden ancient witchcraft, he doesn’t appear to be kidding either. To top it all, Zoe finds herself in a constant state of rampant physical desire, desire that leads her astray, taking her to sexual extremes she’s never known before. For someone who doesn’t believe in the paranormal, Zoe’s life is about to be turned upside down.

However it’s more than just dreams. There’s real danger in Carbrey village, and though she keeps telling herself she doesn’t believe in ghosts and witches and black magic, she can’t deny frightening things are going on all around her. If the rumors about her haunted cottage and the witch who lived there are true, the least of Zoe’s problems is her insatiable desire for Grayson. 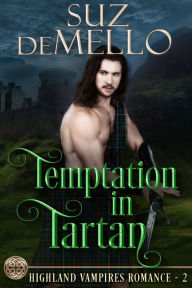 About Temptation in Tartan:

She had to marry a monster…
Rumors had followed the chieftains of Clan Kilborn for centuries. Said to be descended from the Viking Berserkers, they were ferocious in battle, known for tearing off the heads of their enemies and drinking their blood.

But English noblewoman Lydia Swann Williston would marry Kieran, Laird Kilborn, to bring peace to the Kilborn lands after the horror of Culloden and the brutal pacification. A widow, she also brought needed wealth to Clan Kilborn. For her part, eighteen-year-old Lydia wanted children. With her husband killed at Culloden, she would make a new life in the Highlands.

The old chieftain of Clan Kilborn also died in battle, and she hoped that the new young Laird would lack his ancestors’ ferocity. 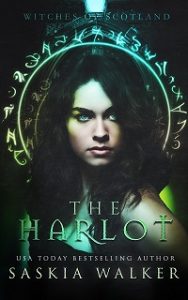 THE HARLOT. Dundee, Scotland: 1715. Accused of witchcraft Jessie Taskill finds herself behind prison walls, awaiting certain death. Salvation comes in the form of a roguish priest unlike any man of the cloth she has known—but he is as far from holy as the devil himself! Gregor Ramsay plans to use the pretty whore as bait to lure his enemy. His promise of freedom in return for her services could represent Jessie’s passage home to the highlands, but neither are prepared for the lust that flares between them.

“Take one gorgeous rogue seeking vengeance and a desperate woman charged with witchcraft, toss them together with a healthy dose of lust and you’ve got an enticing tale of revenge, justice and magic.” RT Book Reviews