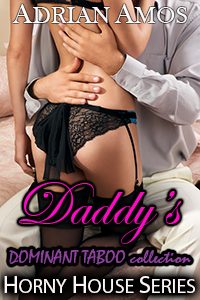 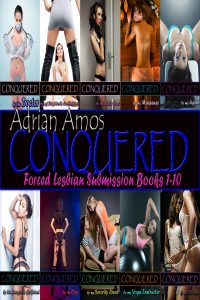 Venture into a sultry world where women settle their differences through forceful domination and subjugation. Everything is settled in the bedroom — or in the woods, or on the massage table, or on the floor…

This bundle contains books 11-19 of the Forced Lesbian Submission series PLUS a bonus 10th book only found in this bundle: Conquered by my Clone.

These 10 short stories are part of the “Forced Lesbian Submission” series and contain forced submission and dubious consent, including a number of dominant situations, from manipulation to blackmail to enslavement.

From your doctor to your agent to your clone, get ready to submit and be taught a lesson by these alpha women. 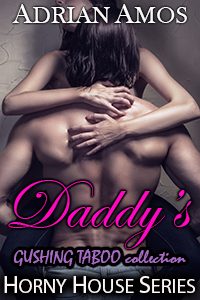 The Man of the House is dirty and depraved. The Little Brats and Princesses aren’t just enough for his standard fantasies. No, he needs them every which way from up, from turning her savage, to imprisoning her on weekends, to putting her in a robotic body, to body swapping with her completely!

His mind races with all the nasty scenarios he can place them in; but sometimes, all he wants is a straightforward seduction where no one’s going home unsatisfied! 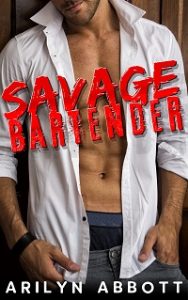 I walked into that bar a virgin, and before I left, I’d been savagely banged by a bad-boy bartender up against a brick wall in the back alley. It was a one-time lack of judgment… or so I thought. I started running into the bartender more and more often, and I would never be able to resist him. Why would I want to? He fulfilled all of my naughtiest fantasies and he treated me like a dirty little sex toy. What’s not to love?

WARNING: This book contains graphic descriptions of intense sexual deviance. It may be too much for some readers. 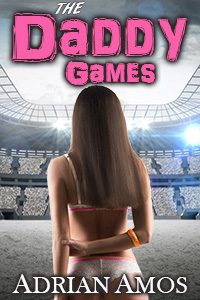 There’s a future where the right to procreate must be won.

In order to reduce population, when boys hit puberty, they have a chip installed that prevents them from releasing sperm, creating dry orgasms. This serves a secondary purpose: reducing testosterone, which softens the ambitions of men and creates the world’s first egalitarian society.

Megan, like so many girls before her, has fallen in love with the man who raised her, her government appointed caretaker. But when she finds out he’s artificially barren, she’s distraught, so desperate to start a family with him.

Until she finds out about the competition that can change her world.

She must enter a contest colloquially known as “The Daddy Games,” where the prize is the removal of the chip from the most important man in her life, giving him the right to inseminate.

But what cost comes from releasing the beast inside a man?