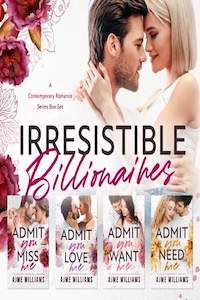 *Includes Extended Epilogues and Deleted Scenes*
Filthy Mouths. Piercing Eyes. Chiselled Jawlines.
These Irresistible Billionaires will make your hearts melt and mouths water, as they break their own rules and up their game to stop at nothing but claiming their lady loves.

A swoon-worthy, emotional roller coaster of page melting heat, angst and drama. All stories in this box set are full length, steamy, standalone romances featuring hot, protective, billionaires who are determined to provide their leading ladies with an HEA that will leave you wanting for more. 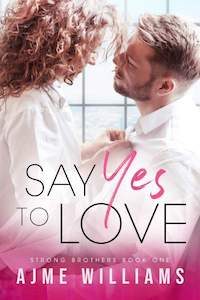 I (fake) married a man who’s (real) married to his job.
That man is also my boss.

This whole thing was no mistake.
Ryan thought it’d be fun to go to Europe and get hitched.
Why?
Because my charm helped him secure a deal.
It was all fun and games until we were only walking hand-in-hand on the streets of Europe.
Until it was just the two of us.
But Ryan broke more than just the one rule which says that we can’t be together.
He got me pregnant.

Now, a baby would definitely take the fun out of this madness.
Especially one that Ryan would never want… ever.
He’s (real) married to his job, remember?

So, I’ve got two options.
Tell him and risk losing him.
Keep my pregnancy a secret and still lose him.

I end up with a broken heart either way. 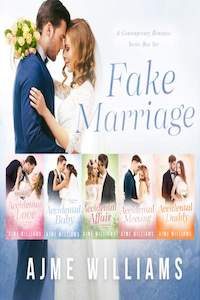 Special bundle deal offered for a limited time. Get this once in a lifetime collection now. 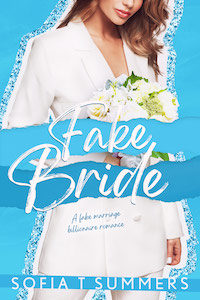 Find a new town.
Pick up my bags.
Disappear.
That’s what I did to get away from my abusive ex.
Chicago’s been great so far.
And what’s been even better?
The billionaire who owns the building.
So, what did I do when he asked me to play his fake wife?
I looked into his gorgeous eyes and nodded my head.
Let’s face it.
I could use that money.
And I could use his company.
Laird is nothing like my ex.
Giving him my heart means that I’ve left my past behind.
But what will happen in the future once that past comes knocking at my door?
ALWAYS CHECK THE PRICE BEFORE YOU PURCHASE 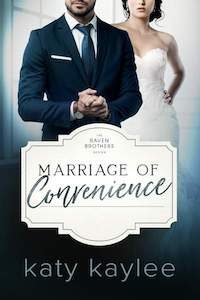 Sara took me by storm.

Those big blue eyes and that petite waist.

I’m the first man to claim her innocence.

My brain goes out of the window when I touch her pure skin.

Hiring her for the job was a bad idea.

Because fake has turned into real.

And real is crazy as sh*t!

My innocent little woman has a big dark secret.

Is it too late for us to undo the mess that we’ve created?