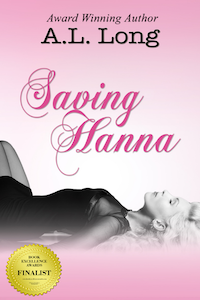 For as long as Hanna can remember she always did everything she could to keep her brother Carter out of trouble. She soon finds out that not even your own family can be trusted and blood isn’t thicker than water. Losing the only home, she knew to her brother’s greed, Hanna does everything she can to make a new life for herself and get back the life she once knew.

Hanna never thought Aiden Drake would be the one person who could give back what was taken from her. All it would take is one night, only that one night never comes when revenge comes knocking and the one man to save her is also the one man with more greed than her brother. 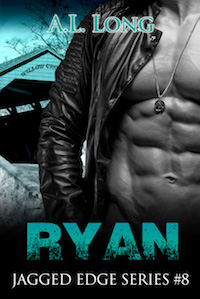 Following the same routine, day in and day out, Charlie Winters was about to give up on getting the break she deserved. Things begin to look up when her brother Nick suggested she to come to New York to work at his landscaping company. Moving from the small town of Cedar Grove to the big Apple was everything Charlie dreamed of, until her brother witnessed a brutal murder, which put his life in danger. Charlie would do everything she could to protect him even if it meant contacting the boy she fell in love with as a teenager.

Leaving the only girl, he had ever loved, the last thing Ryan Hyatt expected was to run into her, especially in Manhattan. Regretting his decision to push her away after he had enlisted in the military, he tried to make it up to her by offering to protect her brother Nick. When tragedy stuck, he soon found that his brother Josh may have been involved. Ryan would stop at nothing to protect the woman he would never stopped loving. 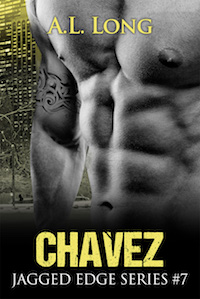 Working hard to graduate at the top of her class and becoming the best FBI agent had finally paid off for Agent Gabrielle Jackson. Selected to head one of the most important operations of her career, the unexpected happens when Jagged Edge Security is brought in to assist. The last thing that Gabrielle needed was to be attracted to one of the men. Trying to keep her distance, she soon finds that she can no longer resist the charm of Michael Chavez. Soon that all changes when she finds that her past has a connection to the operation and the only person on her side is him.

Working with a woman like Gabrielle Jackson was something that Michael Chavez hadn’t counted on. Even with her cheeky Latino attitude, she was the sexiest woman he had ever met and he had to have her. Just when he thought his night of bliss would lead to more, she halts his efforts by turning their night of romance into a one-night stand. When things begin to surface and the truth is revealed, there is no stopping Chavez from getting what he wants.