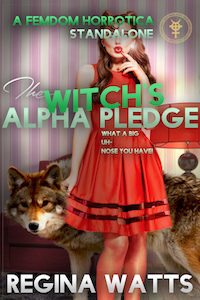 Meek but cute nerd Jeremy Zevron has been paddled, humiliated and sadistically punished in his attempts to join the Alpha Tau Pi frat at Ford University–but his frat brothers aren’t capable of anything like what the nearby coven of witches are willing to do to him. After giving up his virginity to a busty goth locally known as Sabine the Bad Witch and taking a lighter from her house to prove he was there, he wakes up in bed covered in…something. That stuff is just dried mud, right? Well…there are worse things than becoming the snarling himbo of a wicked witch.
ALWAYS CHECK THE PRICE BEFORE YOU PURCHASE 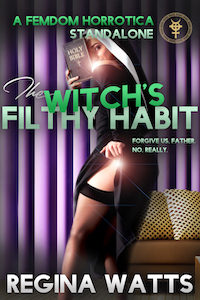 Join sexy Sabine the Bad Witch and her suave Dark Lord in the middle of depraving a pair of desperate, disgraceful clergy members. And that’s just where the story starts…because it isn’t long before oblivious Clarinda the Good Witch arrives for her private confession. How can this naive consecrated virgin avoid getting all hot and bothered when recounting the litany of naughty ways Sabine has corrupted her? Especially when she shares the truth about that time with the strap-on… This is Sabine’s most blasphemous standalone adventure yet! It’s a campy, orgiastic ode to the Marquis de Sade that’s a wild ride from the word “go.” Don’t say we didn’t warn you!
ALWAYS CHECK THE PRICE BEFORE YOU PURCHASE 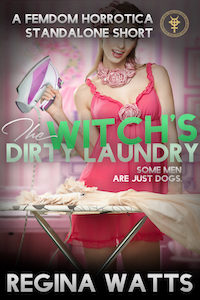 Wouldn’t you love to be turned into a shirt and ironed by a kinky witch? Satanically Sexy Sabine is back at it again! Join this wicked witch as she gets ready to surprise the cable guy with way more than he bargained for…but what’s she going to do with this stud of a stranger once she’s finished with him? What will Satan, that dirty dog, do to Sabine once the Dark Lord makes an appearance in a feminized form? How can two ladies properly cuck a cable guy without a hot futa girl who can do it better than he can?
ALWAYS CHECK THE PRICE BEFORE YOU PURCHASE

To Heaven From Hell ~ Elly Aurora 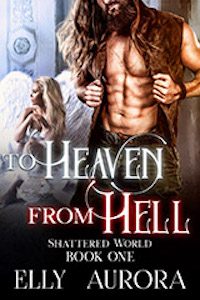 For four hundred years, Hell crafted me into a savage beast.
Tortured. Beaten. Broken. Scarred.
I suffered until I discovered the worst pain in existence…
Heaven stole my angel from me.

I was betrayed, yet I was the one who found myself in the ninth circle of Hell, the ring for betrayers. I was part of those meant to suffer the worst, right next to Cain, Judas, and the first of them all, Lucifer.

But no one keeps me down, and no one takes what’s mine.

My angel is up in those clouds, and I’m heading straight to Heaven.

When I bust through those gates, I’m taking her back. No angel or demon’s going to stand in my way from getting what I’m owed. 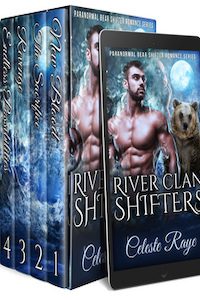