Having The Billionaire’s Baby ~ Phoenix Rose 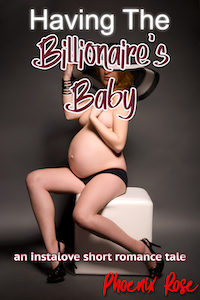 Grace needs money. And some excitement. Possibly an excuse to explore her darkest fantasies might be nice, too.
Dropping into her lap one day is the irresistible Mr. Black. He’s offering her exactly what she wants, but what if she becomes too attached? What if she wants more than a ‘business arrangement’ with him?

Having The Billionaire’s Baby is a short, fun read with plenty of heat and a happy ever after ending. If you like a bit of tension, dirty talk and even dirtier encounters, you’ve found the story for you! 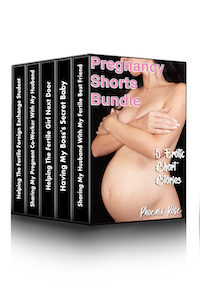 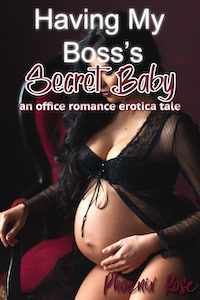 My boss, Mr. Wylde, is the most demanding prick I’ve ever worked for. Long hours, late nights, zero breaks. It doesn’t help he’s drop dead gorgeous and exudes so much authority I need to bring a spare pair of panties to the office every morning!

Between work and fantasizing about the two of us together, my social life is definitely taking a hit. But, what he suggests late one night is so shocking, yet so downright filthy, I’m honestly having a hard time deciding what to do. It would change both our lives forever, but I just can’t say no to his piercing, authoritative stare! 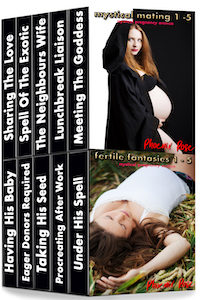 ORIGINAL PRICE $8.99
The complete series of Fertile Fantasies and Mystical Mating together in one money saving bundle!
The Fertile Fantasies series tells Ivy’s story: A fertile cheating wife overtaken by ecstasy through means not of her own. With an insatiable need to be bred, Ivy will go to any lengths to satisfy her needs!
The Mystical Mating series tells her husband Eric’s story. A year after the events of Fertile Fantasies, Eric finds himself overwhelmed by powerful magic which sees him reacting to women who are at a particular point in their cycle. His need to breed is only matched by his potency, resulting in some hot, fantastical adventures!
ALWAYS CHECK THE PRICE BEFORE YOU PURCHASE 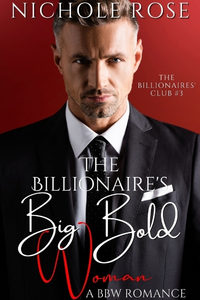 Two years ago, this billionaire’s ex-wife attempted to frame him for extortion, leaving him a single parent to two precocious little girls. Now, he has a chance at love with the curvy reporter who drives him wild. When he touches her, they both go up in flames. But is she ready for forever with him and his twin daughters or will they be just a fond memory?
ALWAYS CHECK THE PRICE BEFORE YOU PURCHASE