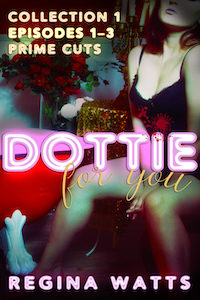 Read the first three entries in an unconventionally flavored billionaire love story: 50 Shades of Grey if it had been written by the Marquis de Sade while on a bad acid trip. Despite being the billionaire CEO of a major Fortune 500 company, Harold Fleetwood is a divorcé in his mid-fifties who can hardly look a woman in the eye until the day he discovers bratty Dottie Shipman, the sexiest secretary in the office, has a dirty little secret she’s been hiding. As their relationship intensifies and their trust expands, Dottie and Harold are able to leverage her strange strain of immortality into a series of sadomasochistic stunts like few could hope to accomplish between consenting partners–but all the outside world sees is an older rich man and an attractive younger woman. How will their taboo romance develop when it’s forced to blossom only in secret?
ALWAYS CHECK THE PRICE BEFORE YOU PURCHASE 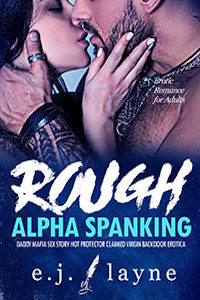 Includes: Doctor, Mafia, Rear pounding and very raw & detailed adult scenes.
It was a simple one-night-stand. A mysterious stranger.
Skin inked in mob tattoos. Should’ve known he was dangerous.
I submitted to him, gave him control. Total domination.
I melted, creamed, peaked. Over and over again.
Screaming loudly, though I didn’t know his name.
He left without saying goodbye. The jerk!
Days later, I head out to my new dream job.
I was horrified when I opened the boss’ door.
It was him, the cocky stranger whose touch I can’t forget.
I won’t make his dark, twisted desires ruin my dream job.
But my dominant boss won’t take no for an answer, and he’s way more than what meets the eyes.
Dangerous, powerful with deadly secrets that could totally ruin us both.
I should stay away from danger. Run. Hide.
But how can I?
ALWAYS CHECK THE PRICE BEFORE YOU PURCHASE 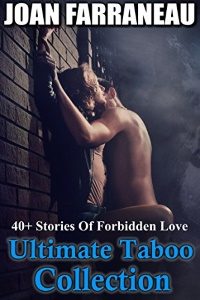 So wrong, and yet so right…

Ultimate Taboo Collection is a bundle of 40+ original fantasies exploring the forbidden love between those we shouldn’t want but can’t help crave. From stepfathers and stepdaughters, stepmothers and stepsons, and to everything else in between, this collection is sure to keep you coming (and coming and coming) back for more!

Teach Your Brat A Lesson
His Creamy Little Brat
Brat Swap
One Cherry, Two Cherry
…and many, many more! 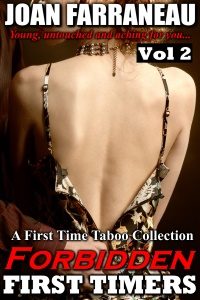 A woman never forgets her first time, not when it’s with Daddy!

Forbidden First Timers: Volume 2 is a collection of five deliciously naughty stories featuring virgin brats getting stretched by the very men who shouldn’t want them. Taboo stepfather fantasies include:

Giving It To The Brat
You Naughty Little Brat!
Popped In Paradise
My Bratty Little Intern
Brat On Top 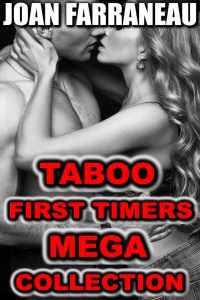 Innocent brats waiting to be stretched. Hot daddies aching to do the honors. 15 stories in one incredible naughty collection!

Brat Swap
Giving It To The Brat
Popped In Paradise
One Cherry, Two Cherry
… and many more!