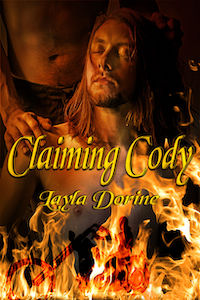 Wreck owes a lot to the Rollin’ Jokers MC, so when the Joker’s president asked for a favor, no way would he turn him down. Even if the favor meant playing babysitter to Mark’s out-of-control son who gets a kick out of pushing Wreck’s buttons. Still, he has no intention of letting Mark down, and if that means teaching Cody some discipline, well then, there are plenty of ways he could make it fun…for them both.

Only…Cody’s got different ideas. Add in bad boy Bellamy, and Wreck finds his carefully ordered world turned upside-down. Now he’s wrangling kittens, including a human-sized one hell-bent on making a home in Wreck’s lap when he’s not looking to scratch his eyes out…and Bellamy? Let’s just say that’s the mystery element in an equation Wreck’s not certain he can solve.