Claimed by Her Dragons ~ Kate Richards 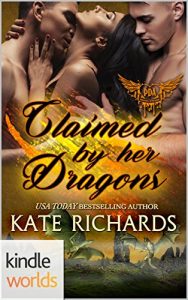 Walter the Wizard/dragon shifter hasn’t poked his head outside his cave in weeks. With his current project going every which way but right, his client breathing down his neck, and the neighbors complaining about the odors you’d think you could skip your mumble mumble year reunion—especially when you don’t have a lady in your life at the moment. And you’ve bragged otherwise. But you’d think wrong.

Conflagration Brown’s very nervous about leaving his hoard to attend an event in a nearby city. The wizard who moved into the cave next door is not only absolutely the noisiest neighbor anyone could ever be cursed with but the guy he competed against in everything in high school. And nearly had a thing with. Once he learns Walter is not only attending but bringing a stunning date, he has to top him. What better reason for two dragons…whose rivalry masked an attraction neither was ready to acknowledge way back when…to call Gerri Wilder at the Paranormal Dating Agency for help.

Gina Toriello, plus sized model, actress, and jaguar shifter might have been a little less than specific in her conversation with Gerri Wilder, but she honestly doesn’t know what she wants in a date. And since ordinary men haven’t been much to write home about, she wants something different. Maybe she shouldn’t have written off shifters as mates. Or maybe she just needed two. 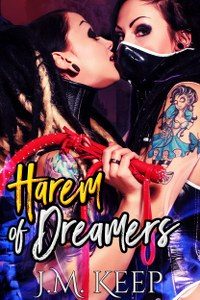 Earth is in ruins, and one man’s mission is to repopulate it.

Leon is tall, handsome, and charming. When society is left in ruins, he has his own vision for how things should be run: with him in charge of his own fate, with many lovers beneath him.

Join him as he thrills and teases all the young, nubile and available women in the post-apocalypse as he seeks to make them forget all about their troubles, and fill them with his legacy. 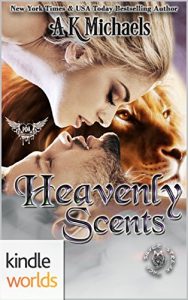 Take one cheeky Wolf willing to do anything, even give herself as payment to help her best friend find a mate, and never expected the bill owed to be collected. Until it is.
Add in the most infamous Matchmaker in the Universe, Gerri Wilder.

Stir in said Love Guru’s nephew to help in her devious plan, a hot-as-Hades Lion, who needs a mate more than he needs a chocolate chip cookie.

Let the above bake until hot and steamy and add a dash of evil bad guy.

Now, that’s a recipe for love everyone can get behind. 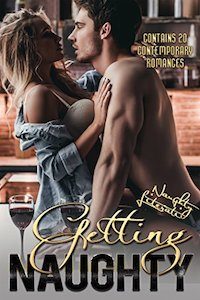 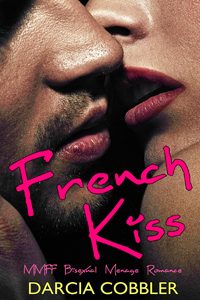 Newlyweds Stacy and Bryan have made liberal use of the app SleepEasy by renting a spare bedroom to traveling couples to make a little extra cash every month — but when their latest guests Audrey and Xavier seem determined to elicit a more intimate offer Stacy struggles with keeping her secret desires in check, or telling Bryan in the hopes that something spontaneous and passionate blooms between them all…
ALWAYS CHECK THE PRICE BEFORE YOU PURCHASE