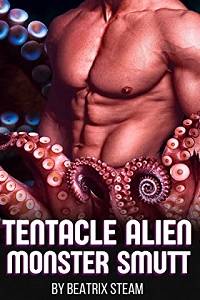 Yumiko is trapped on a deserted island. Her only companion is a tentacle beast. Yumiko decides that she’d like to have him thrusting deep inside her. 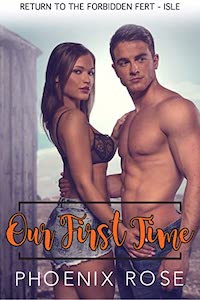 ORIGINAL PRICE $2.99
Return To The Forbidden Fert-Isle Book 1
Jacob and Cleo are struggling to conceive. When Cleo’s coworker Ivy suggests a holiday might help them, they have no idea what lies in store on the magical island…
ALWAYS CHECK THE PRICE BEFORE YOU PURCHASE 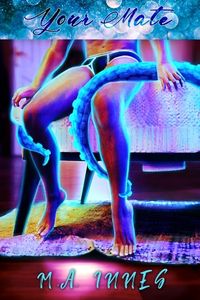 Evan isn’t known for his impulse control, but leaping before he looks hasn’t killed him yet.

When a fun new career path of the adult variety leads him directly into the arms…well, tentacles…of Aristotle, the sexiest film star he’s ever met, Evan knows his life will never be the same. Especially when the M word is mentioned before their first date…or their first heated scene. Mates.

Jumping headfirst into life isn’t always logical, but sometimes in life and in love, passion takes the reins. 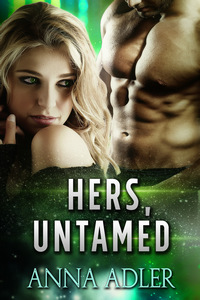 ORIGINAL PRICE $2.99
Alyssa buys a fierce human-alien hybrid to be her sex pet … but what happens when he breaks out of his cage?
ALWAYS CHECK THE PRICE BEFORE YOU PURCHASE 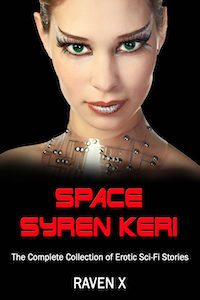 This bundle includes the exotic stories of how Keri leaves Earth and cuts her way through the universe using her body and sexuality to bend aliens and humans to her will!

Keri is so sick of (Earth) men. She’s in her late thirties and still doesn’t think she’s ever been in an adult relationship. When her useless, younger boyfriend asks for money for a guitar during an intimate moment, she thinks she’s hit rock bottom. She wishes she could run away, but there’s nowhere to go.

Then a light appears above her. Some people would call it an abduction, but Keri would say that she was rescued!

The aliens give her a choice. She can return to Earth with her memories erased or come with them and become a sex bomb to millions of aliens! She thinks of the guitar boy, and her choice is made!