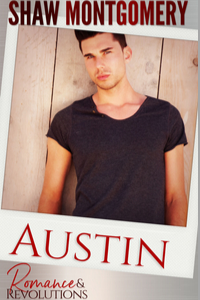 Sometimes you have to leap before you look.

At least, that’s Austin’s philosophy on life. He knows better than anyone that looks are sometimes deceiving, but when he thinks he meets Mr. Right—who appears to also be Mr. Tall, Sexy, and Dominant—he’s ready to jump in headfirst. It isn’t every day that an alpha Dom drops right into his lap, and he’s not going to question fate.

Looking twice at every situation has always been Silas’s moto, but he’s ready to make an exception for the firecracker omega who holds nothing back. Austin is outrageous, has no filter, and is utterly devoted to his friends. The fact that he’s also a submissive who knows what he wants and isn’t afraid to go after it makes him almost perfect. But when perfection comes with millions of dollars and paparazzi, maybe they could both use some caution.