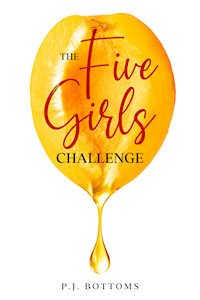 A drenching storm had AJ, a college sophomore, taking a shower before joining the party downstairs. The last thing he expected was an unfamiliar girl to walk in, seduce him, have sex, then bite him during an intense climax. Even more shocking, she convinced her four friends to challenge him to give them the Big O, as well!

AJ is your typical 19-year old sophomore, except that he’s never been beyond second base with a girl. One fateful night changed all of that, and suddenly he’s getting to know not just one but five girls. Intimately. They compel him into participating in The Five Girls Challenge, where he demonstrates that boys are better than toys. Each week, he spends the night with one of them, and if he wins the challenge, he gets to try the following week again.