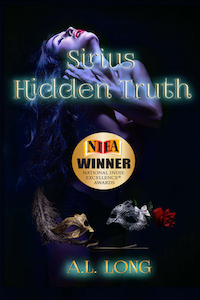 April Barnes was a simple girl with a simple life. All she wanted was to graduate and help the world. Everything changes when her only friend Vanessa Lewis talks her into covering for her at a catering job. The minute April walked in the door, her curiosity gets the best of her and that curiosity introduced her to a world that would soon be a part of her.

The minute he laid eyes on her, there was only one thing that Dominic Prescott wanted and that was April Barnes. Hidden behind many secrets, the opportunity to get closer to her presented itself when he volunteered to teach an economics class that she was a student of.
Introducing her to his world wasn’t part of his plan. All it took was one taste and she would be forever his…