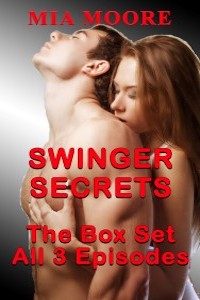 All it took was a taste…

For Steve’s birthday, Tara and her friend Dawn play a sexy game and let him watch. He thought it was hot!

It was just supposed to be fun and games. But it wasn’t. Not for Tara.

Her body’s visceral response to Dawn’s touch is astonishing. Dawn brings her to a mind shattering climax and velvet bliss. Dawn has torn open a doorway to something entirely new. Something she’s never experienced before. This brings wife sharing to a whole new level! What took her so long?